Yapily is live in Portugal!

Yapily was founded on a vision of an open economy where everyone benefits. As we continue to build Europe’s leading open finance platform, we’re thrilled to announce Yapily is now live in Portugal.

A hub for European innovation

Technological innovation has become a key growth area in Portugal. Lisbon in particular has evolved into a start-up hub over the last seven years with huge support from the government and various private sector initiatives such as Startup Portugal, Startup Lisbon and EIC Pilot.

It’s become a hotspot for investors and entrepreneurs, with a repertoire of exciting companies like Unbabel, Outsystems, Talkdesk, Farfetch and Sensei calling it home. The country has seen steady growth in innovative tech platforms, attracting both European and global attention since Farfetch, the online luxury fashion retailer, became Portugal's first unicorn in 2015.

Lisbon - on a mission to become Europe’s Silicon Valley Portugal has long been underestimated when it comes to open banking connections, but it’s flipping its reputation incredibly quickly.

While it’s always been a great destination for travellers, over the past few years, Lisbon has caught the eye of tech entrepreneurs and professionals alike. A dramatically growing tech environment and bustling city life have resulted in Lisbon quickly being considered Europe’s Silicon Valley.

The Portuguese government and the City of Lisbon in particular place a huge emphasis on providing resources for developing the country’s enterprise landscape. Recognising the impact that the startup environment has had in reviving and accelerating economic growth after the 2008 crash has led to a number of initiatives. There are several great initiatives like Invest Lisboa, a partnership between Lisbon’s City Council and the Portuguese Chamber of Commerce, aiming to attract investment, companies and talent to the city.

Considered to be the friendliest European country for ex-pats and migrants, Portugal has fostered an environment that readily attracts foreign talent.

Favourable tax schemes like the NHR programme and reduced income tax further strengthen this as the percentage of its citizens living abroad is one of the highest in the world. Another huge attractor for talent is practical consumer prices, as the cost of living in Lisbon is significantly 60% less than in London.

With the Portuguese innovation and tech ecosystem flourishing, the need for highly-skilled talent is increasing. The inception of the Portugal Tech Visa Programme in 2019 made it easier than ever to hire qualified foreign tech talent. Essential to the future of Portuguese fintech, it’s making hiring as accessible as possible.

There’s also plenty of great local talent. Portugal has the third highest rate of Engineering graduates in the EU, with around 90,000 graduating every year. Top universities are producing excellent developers every year that equally demand competitive salaries.

These are some of the factors that have resulted in Lisbon ranking increasingly high on the entrepreneurial map, rivalling giants like Silicon Valley and London. Portugal is becoming a true tech and innovation centre.

Yapily streamlines the process, reducing the required integrations by more than half. Our platform simplifies, unifies and adapts the responses of each bank through less complicated and more complete APIs. Even better, with Yapily’s single API, you don’t need to worry about the even greater variation of standards across the UK and the rest of Europe beyond Portugal.

The banks in Portugal have broadly adopted the Berlin Group family of API standards. There are a few specific differences and customisations which have resulted in unique integration challenges, for example, some banks require custom API request headers and provide account IDs that are tied to customer consent, rather than immutable at the user level.

By integrating with Yapily, companies can bypass the high cost of integrating with each of the banks directly, and get access to thousands of banks via a single integration point. Today our coverage provides access to the 25 largest institutions in Portugal, including CGD, Millennium BCP, Banco Santander and NovoBanco. This wide coverage means that over 95% of consumer and business accounts are accessible through our API.

Yapily customers gain reliable access to both retail and business accounts across the region, allowing them to access financial data and initiate direct account-to-account payments.

Following our expansion into Poland and Portugal, we’re continuing our mission to transform the financial landscape in every corner of Europe. Check back soon to see where we’re expanding to next!

We're now live in 19 countries and counting, check out our full coverage here. 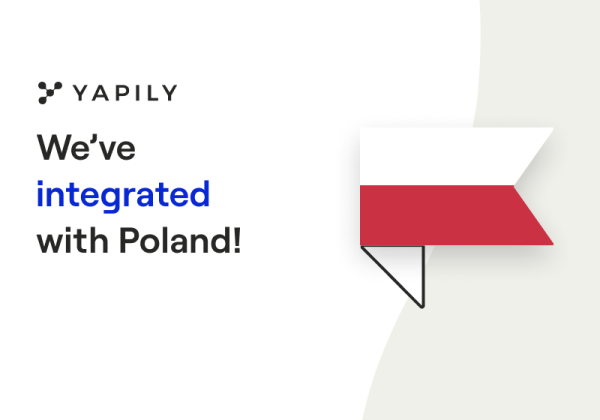 Yapily is live in Poland! 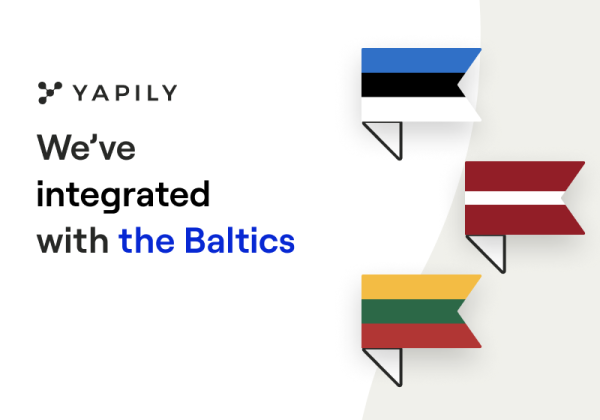 Yapily is live in the Baltics! 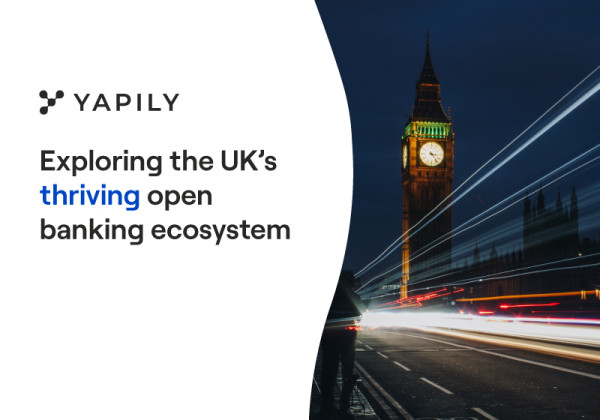 How the UK became the European pioneer of open banking