How has Germany solidified and maintained its position as the European leader in open banking?

Germany is known for its innovation. In fact, in 2018, the World Economic Forum named Germany the World’s most innovative economy. Years earlier, it was the birthplace of open banking and The Berlin Group (TBG) standard, which remains the most widely adopted API standard across Europe.

Here, we reflect on why Germany is the European leader in open banking and consider how open banking can benefit the country’s growing fintech market.

While it’s only been four years since PSD2 marked the launch of open banking as we know it today, you can actually date its origin back to 1980, when the German Federal Post Office ran an experiment that enabled participants to process their banking transactions via screen text. Germany was also the first to develop the Home Banking Computer Interface (HBCI), an open standard for customer self-service machines and electronic banking, launched in 1998.

Gaining traction from these early experiments, Germany has been leading the way in open banking innovation since - demonstrating a need and appetite to democratise financial information.

Digital Account Checks, for example, enabled the digitisation of loan application processes and resulted in the first instant mortgage decision flows to be published - a process similar to what’s leveraged by today’s Account Information Service Providers (AISPs). Account-to-account payments were also available pre-PSD2 in Germany with SOFORT, a forerunner in payments innovation.

After the introduction of PSD2

When PSD2 was introduced by The European Payments Council in 2015, it helped pave the way to best practices and resulted in much clearer guidelines for banks, users, and third-party providers (TPPs). This moved the legality of open banking away from a grey area toward complete compliance. This, of course, reduced the risk for TPPs and end-users.

But, unlike other markets, the introduction of PSD2 actually increased barriers to entry in Germany. While the unregulated environment lent itself to more features and account types, the lack of Strong Customer Authentication (SCA) and other security best practices meant consumers and businesses were more vulnerable to fraud and breaches. With the introduction of SCA, consumers and businesses were more secure, but the need for 2+ security credentials increased the number of friction points during the customer journey, which impacted conversions and adoption for service providers.

So maybe it’s no surprise that after its initial launch, a number of media outlets weren’t impressed with the idea, labelling PSD2 “a danger to our accounts”. This misconception, thankfully, has since been dispelled and consumer trust in open banking increased as a result of more defined frameworks and processes. However, it remains important for infrastructure providers, regulators, and TPPs to work together to continue reassuring businesses and consumers that their financial data is secure.

Similar to the UK’s Open Banking Implementation Entity (OBIE), The Berlin Group standardised the open banking interactions between these stakeholders and helped them come together to increase adoption.

Off the back of PSD2, The Berlin Group, a pan-European initiative that aims to create technical standards and harmonise the payments system, implemented a detailed account-to-account open banking framework named NextGenPSD2. While The Berlin Group actually started before Open Banking and PSD2 came into force, it’s since become a significant player in open banking API standards.

So, what’s the difference between the OBIE and TBG? In the UK, the 9 largest banks are legally required to adopt the standards set by the OBIE, whereas any adoption of TBG’s NextGenPSD2 framework is completely voluntary.

SCA was implemented to ensure customer protection when connecting their accounts or making payments via open banking. These security layers are there to ensure that open banking is as - if not more - secure than traditional financial services.

But added steps to the customer experience concern TPPs who want to ensure mechanisms like SCA rules are more user-friendly, without jeopardising security. For example, the European Banking Authority (EBA) has amended its 90-day SCA exemption, increasing the period to 180-days. A clear signal that regulation is moving in the right direction.

TPPs are keen to expand internationally and open banking helps them achieve this. Infrastructure providers, like Yapily, reduce the required integrations by more than half. TPPs can bypass the high cost of integrating with each bank directly, providing access to thousands of banks via a single integration point.

Today Yapily provides access to over 1900 banks and institutions across 19 countries and counting. This pan-European access allows TPPs to scale and quickly.

The post-PSD2 roll-out of open banking in Germany continues to gain momentum. The global pandemic accelerated digitisation, and open banking adoption has steadily increased in the region since 2020. In fact, today, Germany is home to the highest number of Third-Party Providers (TPPs) in continental Europe, totalling 147.

German banks’ rate of response is rapid. They often revert to stakeholders, like TPPs and infrastructure providers, with informed solutions and are keen to understand new ways to improve customer experience. German banks also offer rich coverage in all payment types, including bulk payments for retail accounts.

Germany is home to over 1200 banks and financial institutions. This fragmentation creates complexity when managing personal and business banking - an issue that is being widely addressed by both fintechs and banking institutions.

While complex, this environment has created the perfect breeding ground for data-sharing technologies, resulting in Germany spearheading the innovation journey that has led us towards a more open economy. Germany currently has around 700 active fintech startups and is a huge driver of digitisation, heavily invested in future markets.

Digital payments are currently the largest German fintech market with a total transaction value of $232.5bn in 2022. Digital payments have demonstrated impressive growth, expected to reach 70m users by 2027. It shouldn’t be a surprise that Germany’s fintech sector is poised to become #1 in Europe, making it a natural adopter and promoter of open banking capabilities.

Yapily enables forward-thinking product teams like Vivid, American Express and Intuit Quickbooks to build personalised financial experiences with access to over 1900 banks and institutions across 19 countries and counting.

Whether you’re looking to obtain licensing, access financial data, initiate payments, or expand globally, Yapily can power your innovation. Get in touch to learn more.

It’s an exciting time for open banking in Germany with innovation taking place all the time, further increasing adoption as we power towards open finance, enabling consumers and businesses to have complete control over their entire financial footprint. 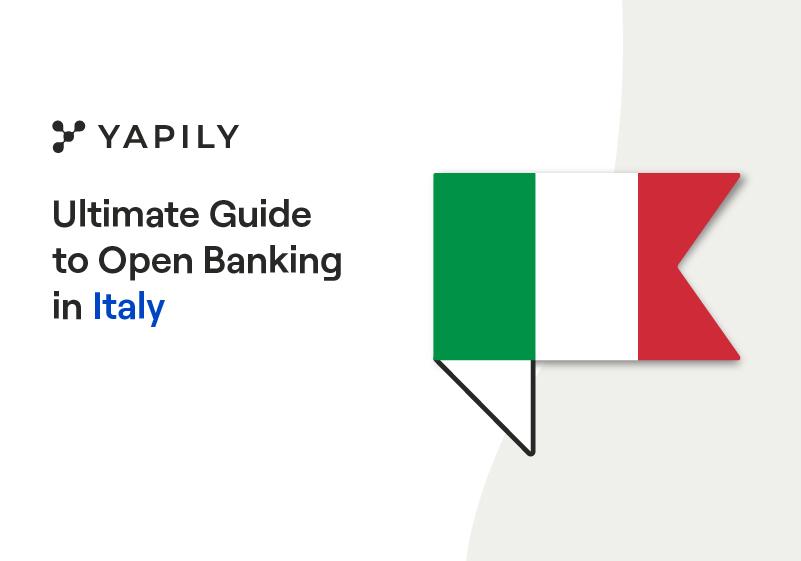 What could a new wave of financial innovation mean for Italy? 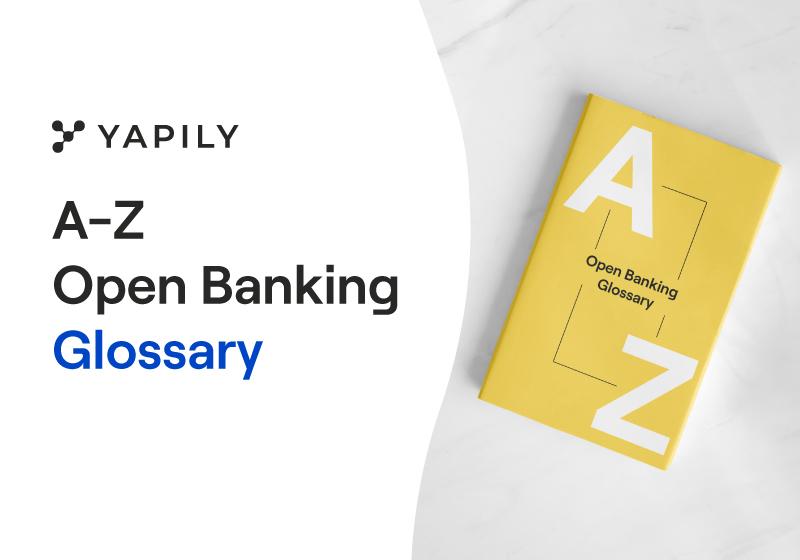 One simple guide to help you navigate your AISPs, PISPs and more… 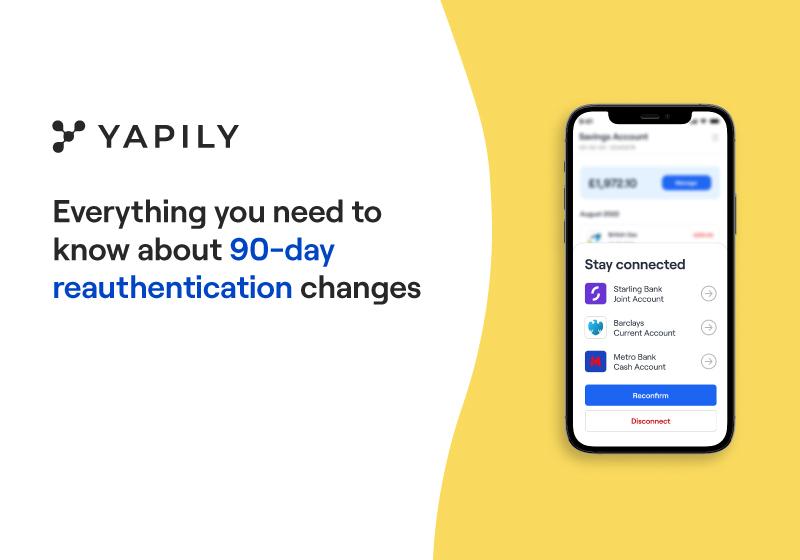 Everything you need to know about 90-day reauthentication changes

Since PSD2 was introduced in 2018, if users wanted to access their data via open banking, they had to provide their consent to every service provider, for each of their connected bank accounts, every 90 days through Strong Customer Authentication (SCA).